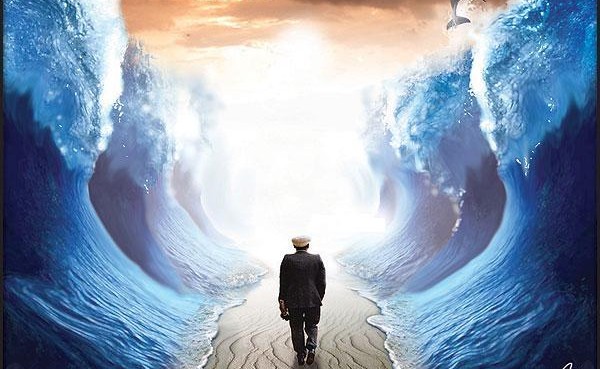 The latest trend in leadership development is mindfulness training.

There is a burgeoning array of apps, self-help books, and corporate interventions designed to help leaders become more mindful and thus more resilient, focused, and aware — qualities that many executives believe can make them more effective in their roles.

Mindfulness  – A way of paying attention with care and discernment to yourself, others, and the world around you — has been much researched. But although evidence from clinical contexts suggests that mindfulness provides many benefits, few studies have been conducted with business leaders.

This means that basic questions have remained unanswered. For example, does mindfulness training actually improve leadership capacities? If it does, how? And how much effort do you need to make to achieve results?

Trying to answer these and other important questions, Harvard Business Review conducted the world’s first study of a multisession mindful leader program, which included a wait-list control group. Half of the participants received their training immediately and the other half received it later, but measured key characteristics in both groups at the same times. By comparing the two groups’ results, they were able to discover what the effect of training really was.

The data was drawn from 57 senior business leaders who attended three half-day workshops every two weeks as well as a full-day workshop and a final facilitated conference call. Among others they were taught mindfulness practices, discussed the implications for leadership today, and assigned home practice of daily mindfulness meditation and other exercises. HBR recorded the difficulties in participants’ attempts to learn to be mindful throughout the process.

The findings provide a valuable, robust, and realistic guide for leaders seeking to become more mindful.

The study shows that mindfulness training and sustained practice produces statistically significant improvements in three capacities that are important for successful leadership in the 21st century: resilience, the capacity for collaboration, and the ability to lead in complex conditions.

This is great news, isn’t it? An easy win. Go through a mindfulness program, and you become a better leader. But there is always a price to be paid. In this case it is formal mindfulness practice time.

The message is clear: If you want the benefits, you have to put in the time to practice.

There is a paradox here, of course. Time is the one thing most senior leaders don’t have in abundance and are least willing to give up.

So let’s put the time commitment in perspective. Its known that senior executives spend an average of 1,060 minutes awake per day. And yet allocating just 10 minutes — less than 1% of their waking hours — to practicing mindfulness proves demanding for some and impossible for others.

Research also points to some of the challenges that get in the way. First, leaders seek out mindfulness as a solution to their crushing work pressures, their busy timetables, their multiple task lists — and yet it is precisely these things that then get in the way of their practice. In research, “busyness” and a focus on what needed to be done in the short term was one of the most commonly cited reasons for lack of practice. The leaders who made real changes determinedly broke through that self-defeating cycle of pressure.

But it was also found that the leaders frequently berated themselves for their lack of practice. They felt guilty and even anxious. One memorable quote from an exasperated leader was, “I’m stressed about this mindfulness!” As they piled pressure on themselves, some began to dislike practice and a few finally resisted altogether.

Leaders can rarely develop a new habit, including practicing mindfulness, without help and support from others. Some leaders in the research received generous encouragement from their partners and work colleagues. In moments when they might have given up, this support sustained them. Others were met with cynicism and in a few cases were even teased.

Fortunately, the research helped understand things more clearly that can help leaders practice. It isn’t surprising that they are related to the challenges above.

Research suggests that if you want to develop a formal mindfulness practice, you should:

Just like becoming fitter, becoming more mindful involves training. That means you have to practice. Giving up 1% of your time is a small price to pay for the improvements that are on offer.

Article originally appeared in HBR and written by

Megan Reitz is Associate Professor of Leadership and Dialogue at Ashridge Executive Education at Hult International Business School. She is the author of Dialogue in Organizations (Palgrave Macmillan, 2015). Previously, she was a consultant with Deloitte; surfed the dot-com boom with boo.com; and worked in strategy consulting for The Kalchas Group, now the strategic arm of Computer Science Corporation.

Michael Chaskalson is one of the pioneers of the application of mindfulness in leadership and in the workplace.  He is the author of The Mindful Workplace (Wiley, 2011) and Mindfulness in Eight Weeks (Harper Thorsons, 2014). Michael has also been a successful social entrepreneur, founding a fair trade company that came to have annual sales of £10 million and 200 employees. He is a Professor of Practice at Ashridge Executive Education at Hult International Business School.