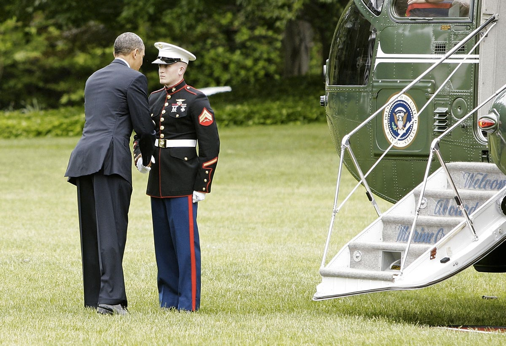 Have you ever wondered why some people seem to have an unlimited amount of success in both their personal and professional lives?
It could be because they possess high emotional intelligence.

According to Psychology Today, “Emotional intelligence is the ability to identify and manage your own emotions and the emotions of others.”

If you want to know if you have a high emotional intelligence (EI) or want to work on strengthening your EI in order to succeed in life and your career, here are 10 qualities that people with high EI all share.

Being a perfectionist can get in the way of completing tasks and achieving goals since it can lead to having trouble getting started, procrastinating, and looking for the right answer when there isn’t one. This is why people with EI aren’t perfectionists. They realize that perfection doesn’t exist and push forward. If they make a mistake, they’ll make adjustments and learn from it. This is one I personally have to work on daily as I tend to be a little more perfectionist.

2. They know how to balance work and play.

Working 24/7 and not taking care of yourself adds unnecessary stress and health problems to your life. Because of this, people with EI know when it’s time to work and when to play. For example, if they need to disconnect from the world for a couple of hours, or even an entire weekend, they will because they need the time to unplug to reduce the stress levels.

Instead of dreading change, emotionally intelligent people realize that change is a part of life. Being afraid of change hinders success, so they adapt to the changes around them and always have a plan in place should any sort of change occur.

4. They don’t get easily distracted.

People with high EI have the ability to pay attention to the task at hand and aren’t easily distracted by their surroundings, such as text or random thought.

Daniel Goleman, psychologist and author of Focus: The Hidden Driver of Excellence, told The Huffington Post that empathy is one of the five components of emotional intelligence. In fact, being able to relate to others, show compassion, and take the time to help someone are all crucial components of EI. Additionally, being empathic makes people with EI curious about other people and and leads them to ask lots of questions whenever they meet someone new.

6. They know their strengths and weaknesses.

Were you that ambitious and hard-working kid who was motivated to achieve a goal–and not just because there was a reward at the end? Being a real go-getter, even at a young age, is another quality possessed by people with EI.

People with high EI don’t have the time to dwell in the past because they’re too busy contemplating the possibilities that tomorrow will bring. They don’t let past mistakes consume them with negativity. They don’t hold grudges. Both add stress and prevent us from moving forward.

9. They focus on the positive.

Emotionally intelligent people would rather devote their time and energy to solving a problem. Instead of harping on the negative, they look at the positive and what they have control over. Furthermore, they also spend their time with other positive people and not the people who constantly complain.

While people with high EI may seem like pushovers because of their politeness and compassion, they actually have the power to establish boundaries. For example, they know how to say no to others. The reason? It prevents them from getting overwhelmed, burned out, and stressed because they have too many commitments. Instead, they’re aware that saying no frees them up from completing previous commitments

Mindful Science Centre is a training and learning organisation providing Mindfulness and Emotional Intelligence based leadership and performance solutions for corporates and organizations. With collective experience of over 200 years, our coaches and facilitators has extensive practical experience in solving leadership and team issues which they draw upon in their work for clients. A detailed and scientific approach empower you with experiences that intensify focus, manage stress, harness creativity and improve resilience. Expediting the birth of new mindsets and engaging behaviors at all the levels.